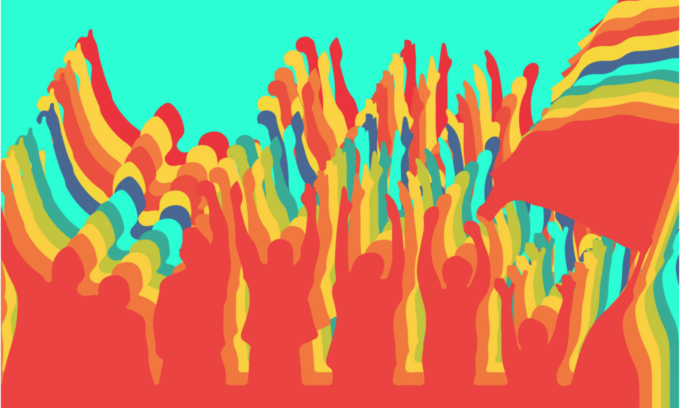 Call for an European Antifascist and Antiracist Front

We participants to the REALPE Annual meeting , local representatives and MEPs declare:

The recent rise of right wing nationalist and extreme-right parties across Europe is a preoccupying situation for our continent.

During the crisis the recent years, the policies applied by the European Union through the neoliberal and conservative governments especially from the EPP guidance has been pushing dangerous voices to arrive to the European political scene and as a phenomenon we can see today all over the EU an increased outreach of extreme-right and fascist forces.

Our forces will stand:

-next to the refugees and migrants in solidarity with them,

-next to women’s rights

-next to all oppressed communities such as LGBTQI and Roma.

-next and together to all social movements, political organizations, and associations that fight for the abolition of social and economic inequalities in our municipalities

We, participants of the REALPE Annual Meeting, declare our intention to create a European Antifascist and Antiracist Front starting from our municipalities and regions to be at the forefront of our struggles the forthcoming period.

Declaration for a real right to housing across Europe

Housing is undergoing an unprecedented offensive by neoliberal and capitalist policies aimed at regulating everything by the law of the market. While having a roof should be considered as a fundamental right, there are currently millions of people who are in a situation of social exclusion. Women, large or single-parent families and migrants are even more vulnerable to this situation. While in rural areas city centers are experiencing desertification, in large cities tens of thousands of people are waiting to be able to benefit from social housing. At the same time, hundreds of thousands of homes are currently vacant and speculation is becoming the norm. Expulsions are multiplying as mortgage funds and giants such as Airbnb want to make housing a speculative value free from taxation.

Because we are witnessing a new crisis today, we, participants to REALPE Annual Meeting, local elected representatives and MEPs declare:

– That for this reason housing must be removed from the market and speculation of the ultra-liberal system by a rents control framework, a requisition of vacant housing and an end to the eviction of the most modest homes.

– That the development of public housing and a social housing status in Europe must be a priority and that national and European public funds should be invested in the construction and rehabilitation of buildings in social housing.

Because access to housing is a fundamental condition of human dignity, we are committed to making it a struggle everywhere in Europe

14.30: Introduction of the conference by Gabi Zimmer, president of GUE-NGL

– Mercedes Revuelta, Activist of the Platform of Mortgages Affected Peoples and the platform Against Vulture Funds, Spain

9.00-12.30 Second Panel: Facing inequalities and raising up of fascism across Europe, which progressist vision for our cities and local communities

– Nazanin Armanian, analyst of international conflicts and the Islamic world

General Conclusions of the initiative by MEP Lidia Senra (tbc):Galicia Meeting of European local elected representatives in the European Parliament...

We use cookies to ensure that we give you the best experience on our website. If you continue to use this site we will assume that you are happy with it.Ok
Scroll to top